Brooklyn Nets created a new mascot together with Marvel Comics 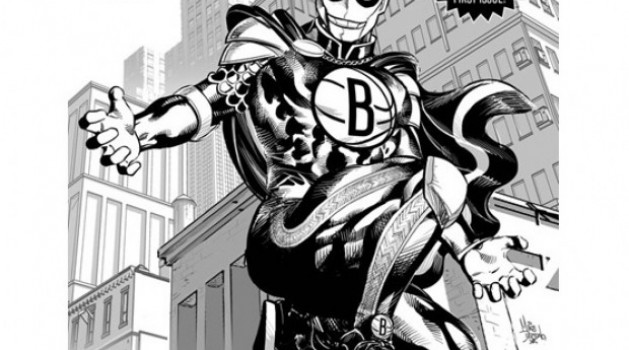 Some time ago wrote a post about mascots, an interesting property that clubs and sponsors often overlook. and we think this is wasted potential.

Recently we found out a very interesting piece of news from the Brooklyn Nets (the NBA team) who invited Marvel Comics to develop its new mascot.

The result is Brooklyn Knight, the first super hero NBA mascot. You can see him in the arena…

…and also as a 32 page comic book distributed to fans. The opportunities around this are huge:

- Marvel Comics could create a new business in the future: mascots design.

- Mascots usually come from traditions. Brooklyn Nets is a new club, therefore, without much tradition. Professional help is interesting in these cases.

- Mascots usually are static icons. Brooklyn Knight is the opposite, as we can consider him a moving character. It´s the difference between a picture and a movie.

- What if Spiderman or the Avengers meets with Brooklyn Knight?

- What if Brooklyn Knight get a sponsor inside the story? It could be the company that offer him technology, helping crime combat.