Adidas and the World Cup – Great Example of 360 Marketing

Adidas launched the 2010 World Cup ball just hours before the group draw to take advantage of the noise around the event. To further amplify its launch, displayed an exhibit of giant models of the balls used in every World Cup since 1970, when the company started its partnership with FIFA, just outside the auditorium where the draw was taking place (below). 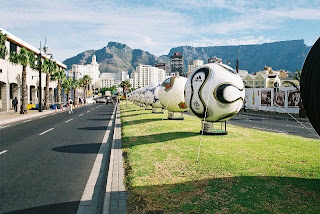 The generate expectation on the new ball design, the company put it on the exhibit, that started weeks before, covered with black fabric (below) until the date of the events. 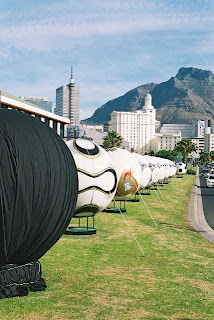 The concept of giant balls was also used on the ponit-of-sales, in a model shop close to the place where the draw took place, which received exactly 2010 Jabulani (the name of the new ball) for sale (below). 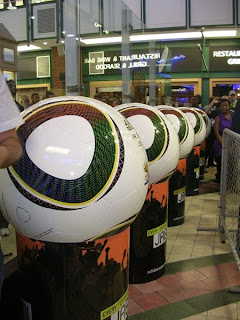 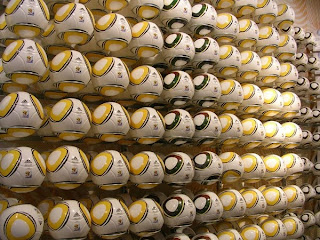 In order to generate involvement with the media, Adidas sent daily newsletters on a countdown to the launch, providing information about each of the balls previously used.