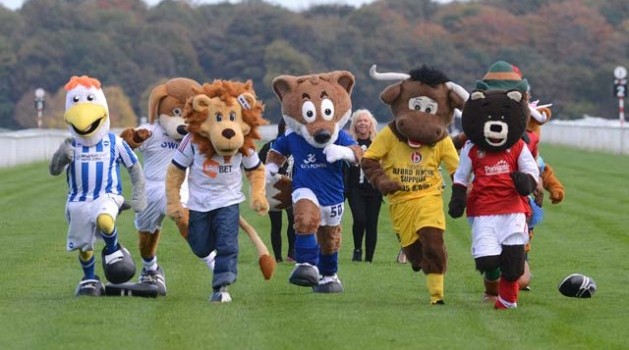 This picture was taken earlier this year, at the Mascots Race, an event organized by the English Championship, Division 1 and Division 2.

This event takes place annually and is part of a calendar to promote their social cause, which this year is prostate cancer. The 2012 winner, by the way, was Yorkie Lion, from York City.

More than a nice promotion (it´s impossible to disagree that the mascots in the picture are really cute), it shows how lower tier clubs can articulate around their properties. Together, their appeal increases quite a lot.

There is also the mascots race in Olinda´s carnival, with the clubs from Pernambuco.

Mascots have a great potential if embraced by clubs and/or sponsors. In Brazil, unfortunately, there aren´t as many good examples…