This Monday it is difficult not to talk about Usain Bolt and what he did on Sunday in the World Athletics Championship in Berlin. He does not really have competitors. He broke the 100m world record and won the world championship finals with great ease.

Before that, however, last Thursday, Puma came out with an amazing idea that will surely bring great results. 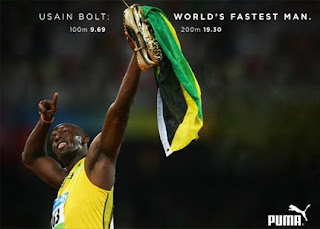 Exploiting once again the gesture the athlete perpetuated at the Beijing 2008 Olympic Games (above, in a Puma wallpaper), the company eternalized it in a foam model (below, in the press conference prior to the World Championship). 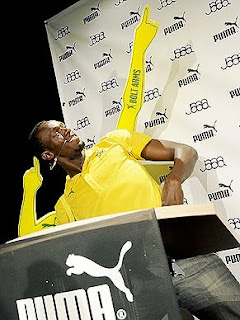 Making event more with the idea, the company launched a viral campaign (below) in which they “explain” why the foam model was launched: the constant request to repeat the move by everyone. Undoubtedly, the object has the potential to become a hit among the general public and even more with the young audience.