How Brands are Activating London 2012 in Brazil 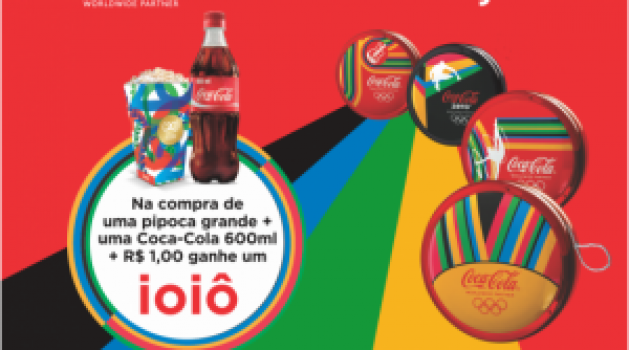 This is the second post, originally published on August 10th 2012.

When we were thinking of what to write about how Olympic sponsors were activating in Brazil around London 2012,  we felt this post would be short! The truth is, for several reasons, this is one of the less activated Olympic Games here.

Both brands and consumers seem to already be so focused on the 2014 World Cup and the 2016 Olympics that sponsors seem mostly to have passed on London 2012. And don’t get us wrong, brands do have a tradition of Olympics activation in Brazil. But this year, things are different.

Here are brands in Brazil doing the best job of activating London 2012.

P&G has used its ‘Thank You Mom’ Olympics campaign and is also activating at retail. Their message has resonated strongly with Brazilians’ hearts and minds.

Coca-Cola re-edited a famous promotion from the 80s and 90s that gives consumers thousands of branded yo-yos, and made them Olympic themed. It’s a good move, but in our opinion a little conservative. Bradesco, the official bank of Rio 2016, is using Brazilian athletes. They have to think long term because their main competitor, Itaú, is a sponsor of the World Cup and is already using football strongly.

On the other side Burger King has fallen foul of the IOC by ambushing the Games using a promotion involving Brazilian gold medals. But ironically McDonald’s, the Games sponsor who objected to the campaign, are concentrating their marketing eforts here on an Ice Age 4 promotion.

In summary, most brands here have failed to create something relevant to consumers using the Games. Almost every sponsor did some kind of activation, but, with a few exceptions, they’re not generating much buzz.